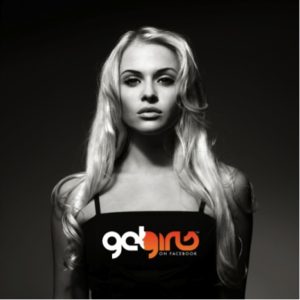 Who is Ann Onymous?

‘Ann Onymous’ is a pseudonym for the ‘Head of Girl Getting’ and founder of Get Girls Ventures.

She was one of the 3 partners that launched and built that now well established dating company, and was the only female coach… the only wing-girl.

She has personally taught this stuff to over 400 guys for 3 and a half years working as a personal dating coach. Including in live workshops. She has attended and hosted live workshops across North America, Europe and South Africa.

She can open up any of her dating profile accounts today and between all of them, in just the past 24 hours, can review no less than 300 approaches. PER DAY. How many girls has the top guru guy talked to this YEAR? 1000? That’s roughly 3 days of approaches in her world. She has the examples, the data, the hands on experience. She’s the best girlfriend you’ll ever have … because she WILL help you get other girls.

Get Girls is a greater good mission statement. <laughs> We’re here to help guys get girls. Now, assuming they are doing it intelligently, professionally, with style, with ethics and all else… then guys and girls hooking up, in any sense is a good thing. And makes the world a better place.

Seriously though, our Get Girls training material is based on a lot of experience. In the many thousands if I combine my past work with clients in a dating/pick-up company that I helped launch, and the approaches I’ve gotten in my life and the approaches my team (mostly girls but we have a couple of guys on board) have gotten.

When we look at a new course, we look at where the need is. Not here the flash is.

Some of the boys in this “dating” world will pitch and sell anything.

I don’t want millions of customers who don’t get results. We’re here for the long run. I want customers who eagerly buy everything that our company puts out, over time, because they DO get definite results.

So Get Girls is basically my ability to bring to the market, effective vs. just “sexy sounding” trainings. And with a female spin.

“One of your products out, and a core one if I understand right is Get Girls On Facebook. Why Facebook? Why come out with a dating and seduction course for Facebook instead of, let’s say, Tinder or even OK Cupid or any dating apps?”

First off, we do have a mobile and apps focused course coming out. We do cover and understand the power of Tinder and various apps. We even cover some effective ones that aren’t mainstream.

BUT! But… and this is key… should I (and our team) be chasing up every new app or look at the reality.

The reality is in the conversion stats and case studies.

If I was releasing a course for ladies to meet guys, I MIGHT focus on Tinder. Or dating sites. Women OWN those marketplaces. They dominate.

Men, however, fail. They fail hard and often.

Men often can send out 100 approaches and get 1 “hello” back. Or their account gets 4 views in a month.

If you’re a male model type, take your shirt off and throw a picture up on Tinder. You don’t need our products. Other than maybe for confidence and some other elements if those are weak areas. But if you’re built like a Greek god, women come knocking.

How many of the male population fits that profile?

Here’s the truth though.. every single day guys who many women might view as a 1-9 out of 10 are meeting girls, dating girls, flirting with girls, sexing girls.

So why Facebook? Facebook is the lowest competition and highest conversion PLAYGROUND for men *if* they know how to utilize it. Not some of the dorky attempts I’ve seen.

I also have a disliking for several so-called dating sites.

At a recent conference, the founder of one of the largest dating sites openly admitted during drinks in the lounge that they use bots and paid girls to create an immense number of fake profiles and to engage with guys.

Why do you want guys being talked to by fake girls if you own the dating site? Because guys bring the money.

On dating sites, it’s not much different. There are programming teams that work tirelessly simply to build systems that dump literally tens of thousands of FAKE profiles of modest to super attractive girls into several of these dating sites.

So not only is the guy in a lose opportunity because competition on the sites are so high . But he’s often wasting his time with entirely fake profiles or paid girls. Or he’s being chased by escorts and scam artists.

Dating sites are NOT where guys should spend their time.

If you’re a greek-god, yes… go to the visual apps like Tinder. But then you don’t need us.

OH! Just one more thing. I can’t believe I almost forgot to mention this. Many who flock to the dating sites because they are new and offer hope and because they have great marketing are missing the hard facts. A survey ran just 9 or 10 months ago, exploring where couples between ages 19 to 30 met and interviewing guys and girls in that same age range of which site they turn to when they really want to explore and research someone… all signs post back to Facebook.

Facebook is a girl getting goldmine. Guys just need to learn how to dig.

… Oh shit, did I just suggest that we’re training guys to be gold diggers <laughs> . Maybe my analogy doesn’t work.

“Ha ha. Okay Ann, thanks for that. So then I’ll bite… I’m sold. Facebook is where I should be spending my time. But who is your product for? Someone looking for a wedding, someone already in a relationship? Is it North America specific?”

Well someone in a relationship won’t benefit much. There are more specific courses to that. If you’re trying to keep your girl or impress your girl, that’s awesome. We’re not what you need.
If you’re seeking a marriage though, this will be great for you. As long as you realize that it’s unlikely that the first girl you’ll go on a date with will be your wife.

If you just want sex? Well, as long as she’s into it too and you’re being ethical about your intentions, go for it.

Here’s the thing, I focus my trainings and our products on how to get you noticed by a lot more girls, how to get them replying to you, how to build interest digitally so to speak and then move that towards meeting up, dating, sex, marriage. That part’s up to you guys. I just make sure you no longer hear crickets in your accounts and attractive women not only give you the time of day, they’re excited to do so.

As for age or geography. Nah… any age will work. I doubt too many in their 60s or 70s are rocking an active Facebook profile though. And I have clients, and we do deals with and attend trainings across the world. North America of course, Australia, South Africa, Europe (there are some seriously beautiful ladies in Europe) and even into Asia though not that much yet.

Currently we’re only in English, expect that to change so while geography doesn’t matter, English does.

There are certainly some cultural differences worldwide but the tips and course materials apply nearly across the board regardless.

“What’s a tip about getting girls you can share with our readers?”

Easy. Be prepared to work on you.

Do you want to have literally more quality girls to spend time with, hang out with, flirt with, date and mess around with than likely any of your friends and much more than the average guy in a nightclub will ever hope to land?

Then my training is a start. It’s not an end.

You can be lazy about it and expect a magic bullet OR you can take the guidance and be willing to put in work.

The reason I’m confident in saying that any guy can land girls with our training is because it’s true. AS LONG AS, that guy is ready to change and improve in weak areas of his life.

Here’s the beauty of it. Making any sort of improvement builds confidence and to women, confidence on a guy are like big motor-boat ready titties to you gents. <laughs>

I’m not saying confidence alone is enough. Women are more complex. Men see boobs and they are pretty easily hooked. But confidence is a key selling feature.

And as soon as you start making improvements, your confidence soars.

Now … you combine all that awesomeness with what I teach and you’ll soon have a busy penis.

“I love it Ann. Okay so what’s in store for Get Girls Ventures?”

Well we’re first focusing on getting a lot of guys to meet a lot of girls with the backbone of the the internet pick-up world: Facebook.

I also have access to me and my coaching team for a low-monthly fee as part of our unique coaching program. It lets us give you specific answers on your girl getting needs.

And I don’t want to give it all away, but once we teach guys how to get all these girls, and how to improve themselves, we then want to make them sex gods. So you’ll see some sex courses as well on how to give a girl so much pleasure, she literally talks about you. I call that word of mouth referrals. And it’s the top level of girl getting. When an overly satisfied girl is sending you more girls <laughs>, you’ll be wearing a permanent-smile.

Meet Hotter Women Quiz
See if you've got what it takes...

Free CD: Meet & Flirt With Women
How to approach women and get things started...

The Dating Black Book
The Essential Handbook for Attracting Women - and TRIPLE Your Dating...

The Bad Boy Formula
Be The Bad Boy Women Love - Without Being a Jerk!

Girlfriend Training Program
"Train" Your Girlfriend & She Will Never Leave You

Alpha Immersion: Alpha Man 2
How to Be The Alpha Male - Natural Game With Women...

Alpha Masculinity
MAN UP! How to get rid of the Nice Guy - and get women...

Enter your best email below to get it NOW: